As a permanent resident,you have rights:

As a permanent resident,your responsibilities are:

If a green card holder (lawful permanent or conditional resident) leaves the United States and wishes to return, the person's trip must be for a temporary visit, not because that person's "real" home is elsewhere. Making your home in another country can lead to the conclusion that you have "abandoned" (given up) your U.S. residence. U.S. Customs and Border Protection (CBP) officers have the power to decide whether returning green card holders are living outside the United States. If you know ahead of time that you're going to have to spend more than a year outside the United States, you can apply for a reentry permit. Use Form I-131, Application for Travel Document. You will have to explain to USCIS the purpose of your trip and how much time you’ve already spent outside the United States. If you have been stay outside the U.S. for more than one year and do not get a reentry permit before leaving, then in order to come back again, you must apply at a U.S. consulate abroad for a special immigrant visa as a returning resident. To get this visa, you will have to convince the consular officer that your absence from the U.S. has been temporary and you never planned to abandon your U.S. residence. You will have to show evidence that you were kept away longer than one year due to unforeseen circumstances. Such evidence might be a letter from a doctor showing that you or a family member had a medical problem. If you do not have a very good reason for failing to return within one year, there is a strong chance you will lose your green card. 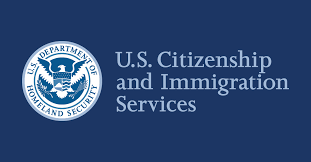